Their title hopes dwindling, Manchester City face another tough assignment when Premier League action resumes this weekend as they welcome Chelsea to the Etihad Stadium.

The back-to-back English champions lost 3-1 away to Liverpool in their most recent outing and find themselves fourth in the table, nine points adrift of the unbeaten leaders.

Saturday’s visit of Chelsea is far from ideal for Pep Guardiola, then, with Frank Lampard’s in-form side sitting a point better off than City after winning six league games in a row.

Chelsea’s youngsters are firing on all cylinders while City’s big hitters have seemingly gone off the boil, but the Blues have lost three of their last four top-flight trips to City, including a 6-0 thrashing in this corresponding fixture last season.

All 10 of @TammyAbraham‘s Premier League goals this season!

CHELSEA PUNCHING ABOVE THEIR WEIGHT

The loss of Eden Hazard, coupled with a transfer ban that, as things stand, will stretch into a second window, was supposed to spell the end of Chelsea’s top-four aspirations.

That has been far from the case, however, with Lampard being given freedom to turn to youth in his debut campaign as a Premier League boss.

A 26-point gap separated the sides last season, yet with nearly a third of the current campaign played it is Chelsea who are better positioned.

The obvious question, of course, is whether they can last the distance and maintain their push for silverware on multiple fronts.

Chelsea were also third after 12 games last season, but the mood is far more positive around Stamford Bridge compared to 12 months ago when Maurizio Sarri was in charge.

The shift to focus on youth has yielded dividends, with Tammy Abraham and Mason Mount thriving, but there is one major flaw to this Chelsea side – an inability to defend.

They have conceded 17 league goals so far – no side in the top nine has let in more – and shipped four at home to Ajax in the Champions League earlier this month.

City, too, have had defensive issues of late, highlighted in the defeat at Anfield that saw their makeshift back four opened up countless times.

Guardiola’s men have registered four clean sheets in their last 11 league games, contributing to three defeats already this term – one fewer than in the whole of their title-winning campaign last time out. 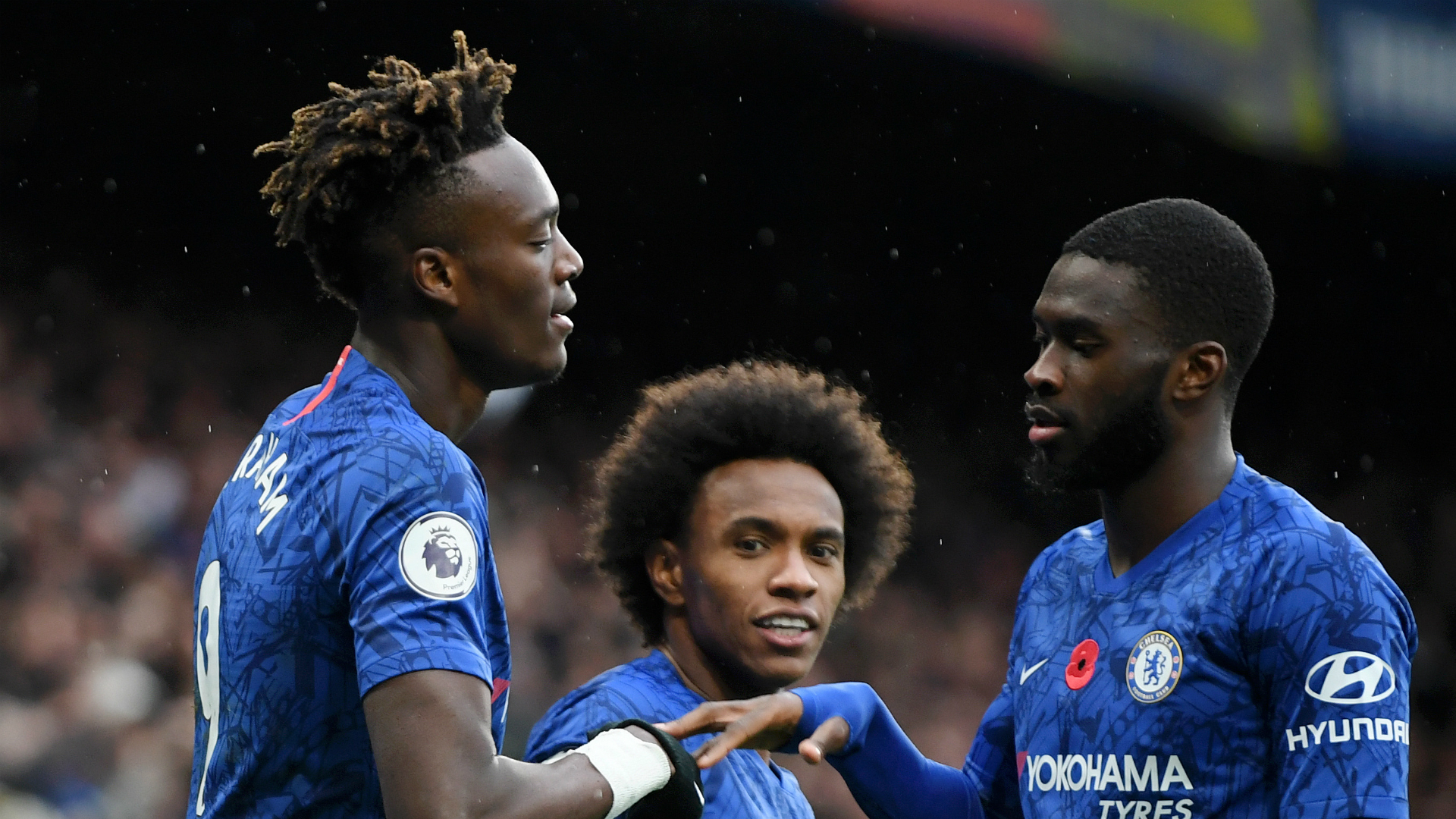 Keeping out the opposition has been a problem for both sides, but they have certainly not lacked goals of their own.

No Premier League team has scored more goals than City’s 35 this term, with Sergio Aguero responsible for nine of those.

Aguero tends to fare well in this fixture, too, having scored 10 top-flight goals against Chelsea – only versus Newcastle United (15) and Tottenham (11) has he managed more.

The Argentina international has found the net eight times in his last six league appearances against the London outfit, including a hat-trick in the 6-0 thrashing nine months ago.

Only two players have scored more Premier League goals than Aguero in 2019-20, one of those being Tammy Abraham, who will lead the line for Chelsea.

Abraham has netted in back-to-back top-flight fixtures and has opened the scoring in five different league games this term – at least two more than any other player.

Nine of his 10 goals have been scored from open play inside the box – eight with his right foot and one with his head – while Aguero has six open-play goals inside the area.

Both players have two assists to their name, showing that there is more to their game than just finding the back of the net. 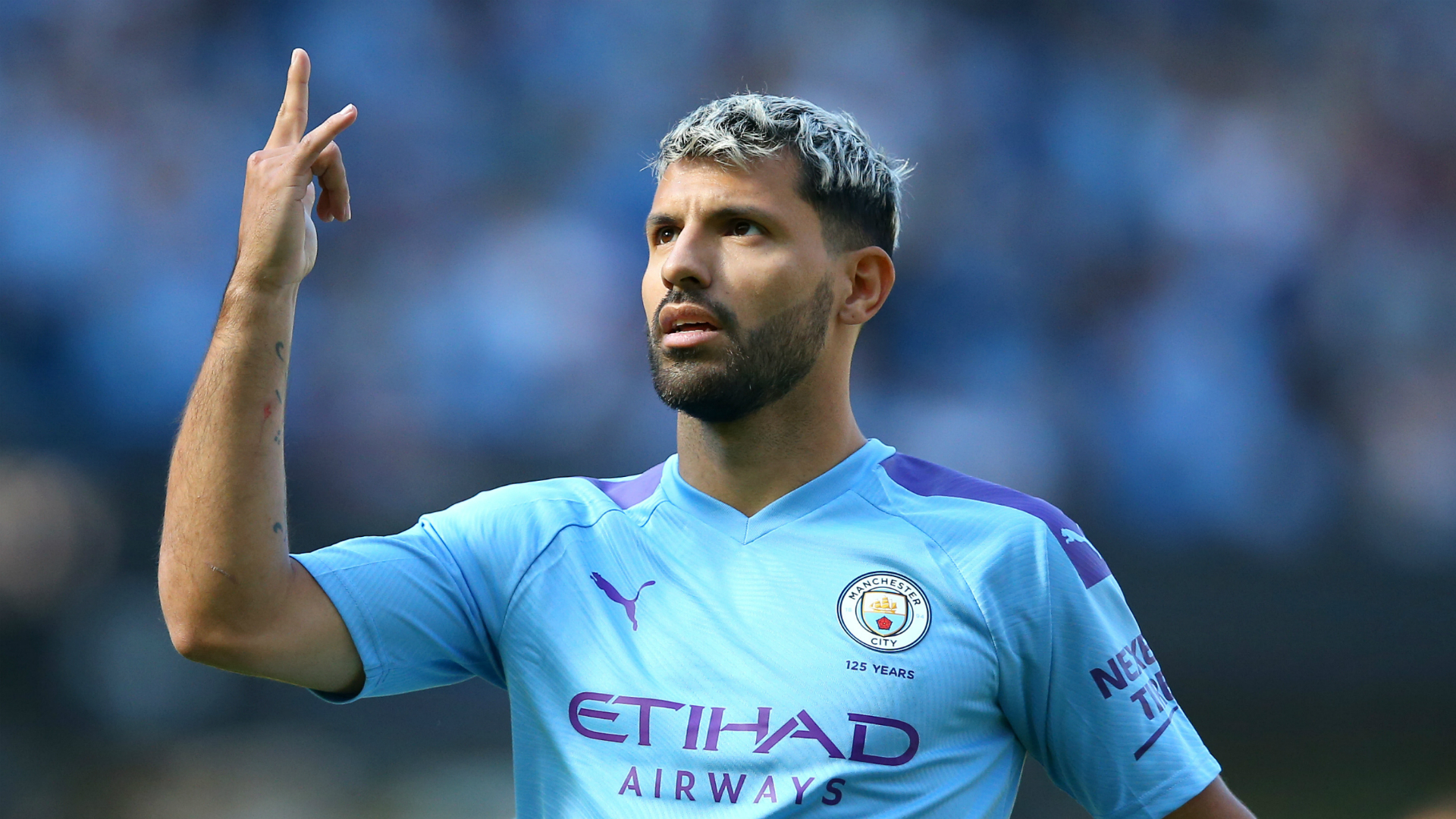 City have been beaten by Norwich City, Wolves and Liverpool in their last eight league matches – as many defeats as they suffered in their previous 26 games in the competition.

The 2-0 loss to Wolves came at the Etihad Stadium on October 6 and Tottenham drew 2-2 there in August, but City have won 13 of their 15 home league matches in 2019.

Chelsea beat Palace 2-0 last time out to make it six successive Premier League wins, a feat they last achieved in May 2017 when winning the title under Antonio Conte.

Away from home, meanwhile, Lampard’s side have won five in a row, scoring 18 goals in those matches at an average of 3.6 per game. 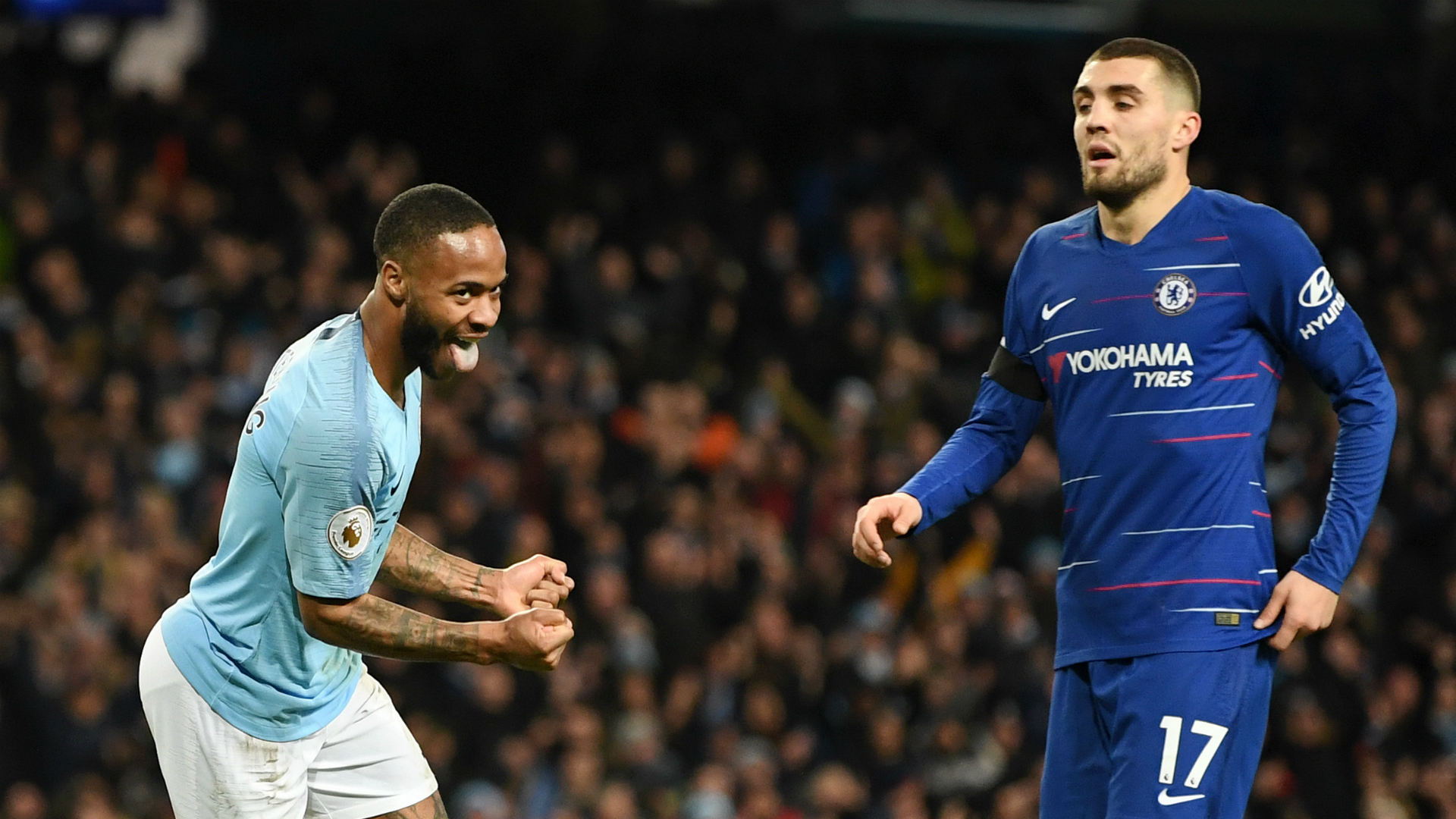 City were penalty shoot-out winners when the sides met in last season’s EFL Cup final following a goalless draw and tend to perform well in this fixture.

The reigning champions have won three of the last four Premier League meetings between the sides, keeping three clean sheets in the process.

Chelsea have collected just two victories from their last 10 league trips to City, winning 1-0 in February 2004 and 3-1 in December 2016.

They shipped six goals in the most recent league encounter and have kept only one clean sheet in their last 12 visits to the Etihad Stadium.

‘Greenwood’s better than I was’, but Solskjaer won’t be drawn on Bellingham

‘Greenwood’s better than I was’, but Solskjaer won’t be drawn on...