Marco Silva’s prospects at Everton look bleak. Sunday’s last-gasp defeat to high-flying Leicester City has left the Toffees in 17th and a trip to Anfield does not present the ideal remedy.

Kelechi Iheanacho’s VAR–assisted strike in second-half stoppage time cost Everton a share of the spoils at the King Power Stadium, a day short of the anniversary of Jordan Pickford’s calamity gifting Liverpool all three points in the first Merseyside derby of last season.

Jurgen Klopp’s side have gone from strength-to-strength since then, losing just one Premier League match – to Manchester City in January.

Everton gained a modicum of revenge in March, when a goalless draw at Goodison Park ultimately proved costly for the Reds, who missed out on the league title by two points.

However, it is difficult to find more contrasting fortunes at present, with Liverpool eight points clear at the top and Everton languishing just two points above the drop zone.

The Toffees have a torrid recent record against Liverpool and, if reports are to be believed, Wednesday’s meeting at Anfield could well prove to be Silva’s final game of a tumultuous 18-month spell.

Yet, while Silva may ultimately pay the price for a dismal start to the season should Liverpool claim an expected win, Everton’s woeful form against their neighbours stretches back much further.

You have to go back over 20 years – to September 1999 – for Everton’s last win at Anfield in any competition; Kevin Campbell was the Toffees’ hero in a 1-0 success.

Liverpool and Everton dominated English football throughout the 1980s, but since the start of the Premier League era, the derby has become significantly more one-sided.

Everton have just nine wins out of 54 games, with Liverpool claiming 23 victories, while there have been 22 draws.

Seven of Everton’s triumphs in that run have come at Goodison, with just two at Anfield, where Liverpool have won 13 times, with the points shared on 12 occasions.

Liverpool have scored 72 goals against Everton in the Premier League, with the Toffees – who have conceded 40 at Anfield – managing just 46 in return. 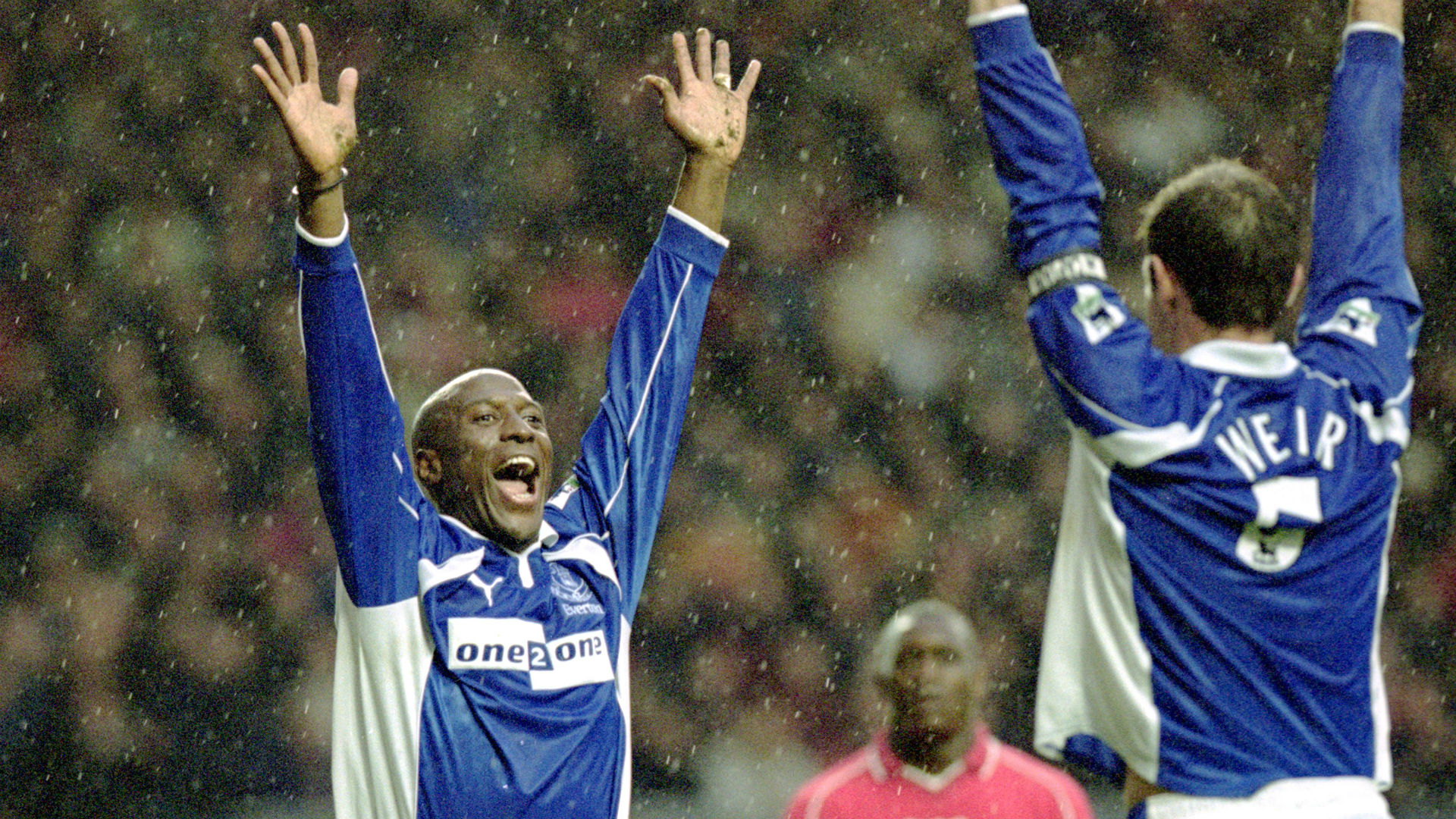 Liverpool’s dominance over Everton is backed up by even more damning statistics.

Everton’s win percentage against Liverpool is their third-lowest against a Premier League opponent – 16.7 per cent, or nine wins from 54 meetings.

Only against Arsenal (14.8 per cent) and Tottenham (14.5 per cent) do the Toffees have a worse win percentage against in the Premier League era.

Indeed, since their victory at Anfield in 1999, Everton have managed just four wins over Liverpool in all competitions, the most recent of which came in October 2010.

Sam Allardyce was in charge on the last occasion Everton avoided defeat at the ground they used to occupy before Liverpool were formed, with Wayne Rooney’s penalty securing a 1-1 draw in December 2017.

Before that, a thunderbolt from Phil Jagielka ensured a share of the spoils back in 2014 under Roberto Martinez, who suffered two 4-0 defeats at Anfield in the space of three seasons. 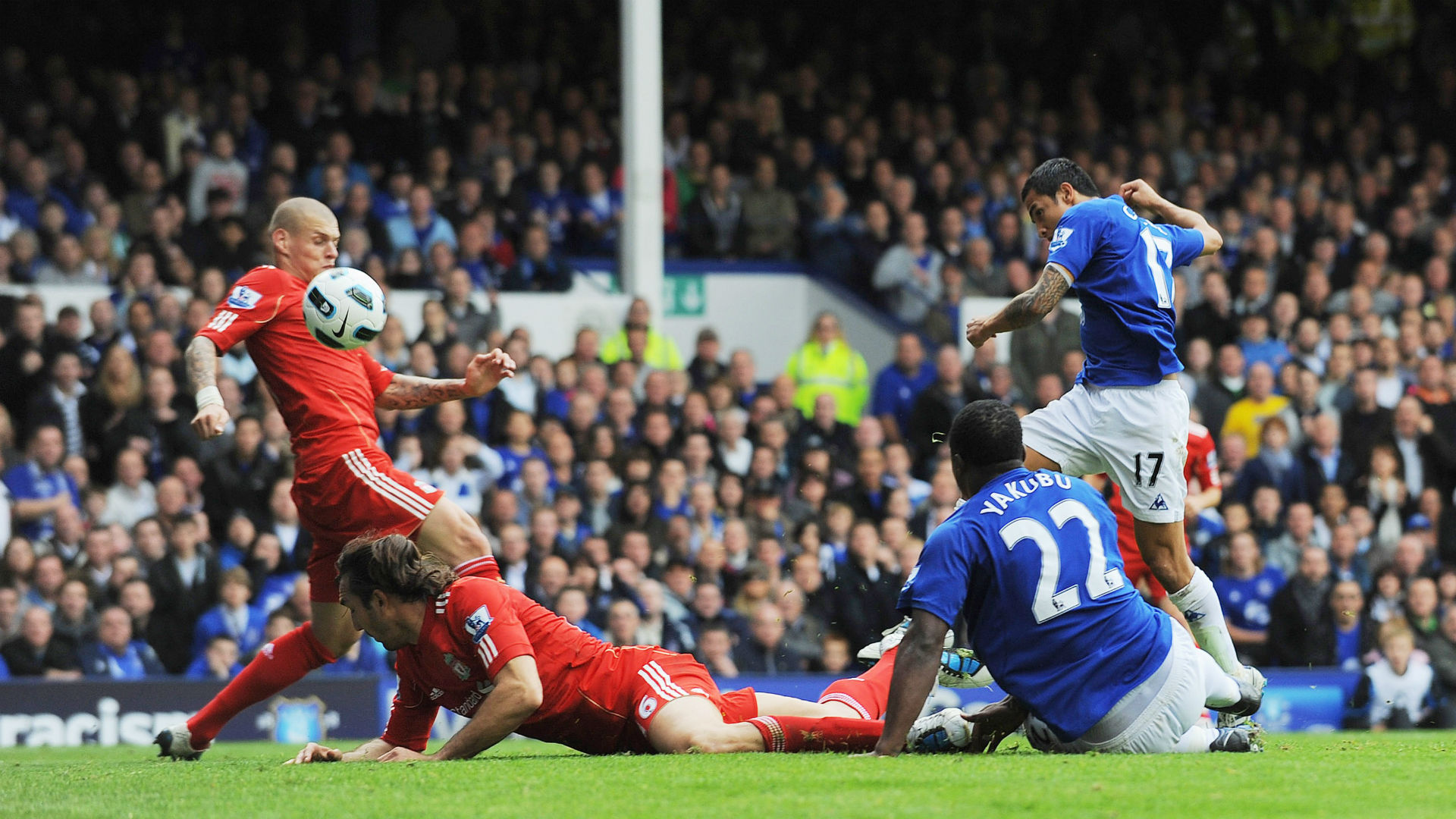 While Everton’s record since the start of the Premier League makes for grim reading, their dreadful form in derbies is magnified when narrowing it down to the past nine years – since Tim Cahill and Mikel Arteta led the way to a 2-0 win at Goodison Park in October 2010.

Everton had the better of the derbies in 2010-11, following up their triumph with a 2-2 draw at Anfield the following January.

Since the start of 2011-12, Everton have failed to win any league matches against Liverpool, while their points per game average of 0.56 is their lowest against any opponent in this period.

Liverpool have won seven of the 16 league meetings in this time, with Everton managing draws on nine occasions.

Of the top-flight opponents Everton have faced more than five times since the 2011-12 campaign began, Liverpool are the only team they have not beaten at all, with the Toffees having triumphed twice over Spurs, three times against Arsenal and Manchester City, and four times over Chelsea.

More Spurs VAR misery: Mourinho fumes at ‘you know who’

More Spurs VAR misery: Mourinho fumes at ‘you know who’