Manchester City and West Ham are each struggling to match expectations as they prepare to do battle on Sunday, with the Premier League champions 22 points adrift of Liverpool as the Hammers toil in the relegation zone.

City suffered a sixth league defeat at Tottenham last week – matching the combined total number of losses from their previous two campaigns – while West Ham let a two-goal lead slip to draw with Brighton and Hove Albion at home.

Dropping points from winning positions has been a frustrating theme of West Ham’s season – 19 is a league high – as they have failed to secure victory in eight of the 14 matches in which they have scored first.

A trip to City is not exactly what David Moyes needs right now either, as West Ham have a miserable record at the Etihad Stadium.

City have won the sides’ past seven league meetings – scoring 23 and conceding three – and manager Pep Guardiola has beaten West Ham on each of the eight occasions he has faced them in all competitions.

That record matches his best 100 per cent return against any opponent, also beating Malaga and Watford eight times out of eight, and the former Barcelona coach will relish the opportunity to down West Ham once more.

The Hammers did win at the Etihad in September 2015, but they have collected just four of a possible 39 points at the stadium. Not since December 2001 – against Manchester United – have they won away at the Premier League champions.

Keeping it tight will be key for the visitors, as they have not won any of their past 16 league games in which they have conceded. However, West Ham’s most recent clean sheet against City in the league came way back in November 2012.

Meanwhile, Raheem Sterling will hope to use this game to get back on track. Although he has not scored since December, the England star has been involved in 11 goals in seven Premier League appearances against West Ham. 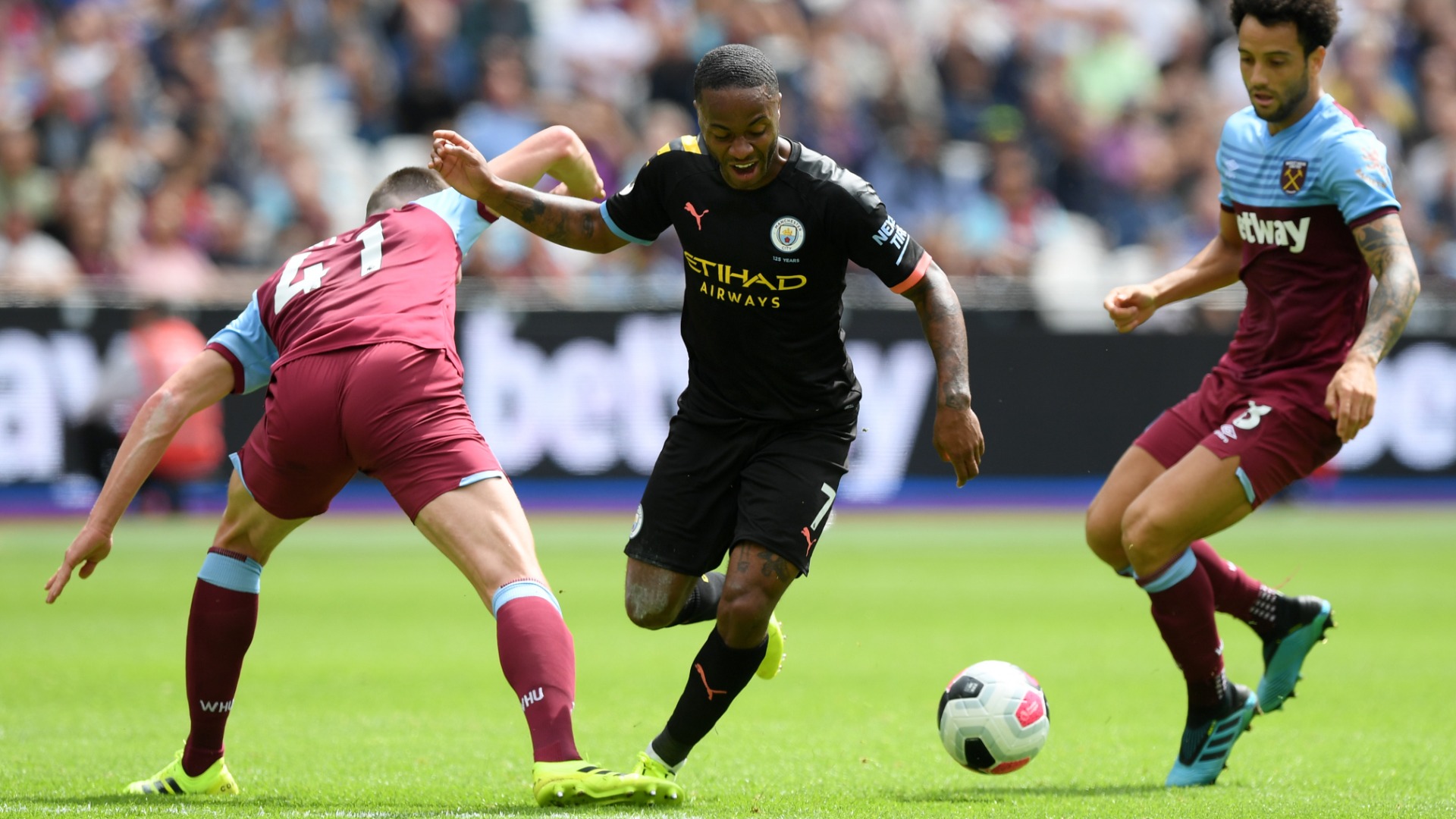 Declan Rice’s second season as a Premier League regular has not been quite as convincing as his first, but he has still played every minute for West Ham in the top flight this term, and the England international’s battle against Rodri could be key this week.

West Ham have certainly kept Rice busy, the midfielder making 3.1 tackles and 2.0 interceptions per 90 minutes – 78 and 51 respectively in total.

Rodri has also been handed a prominent role in the middle for City, with Fernandinho often played in defence, but he enjoys far more time on the ball than Rice.

It will be up to Rice to disrupt Rodri, yet the City star actually wins more aerial duels than this week’s opponent – 2.4 versus 1.4 per 90 – and has conceded 1.6 fouls per 90, settling into the physicality of the English game seamlessly. 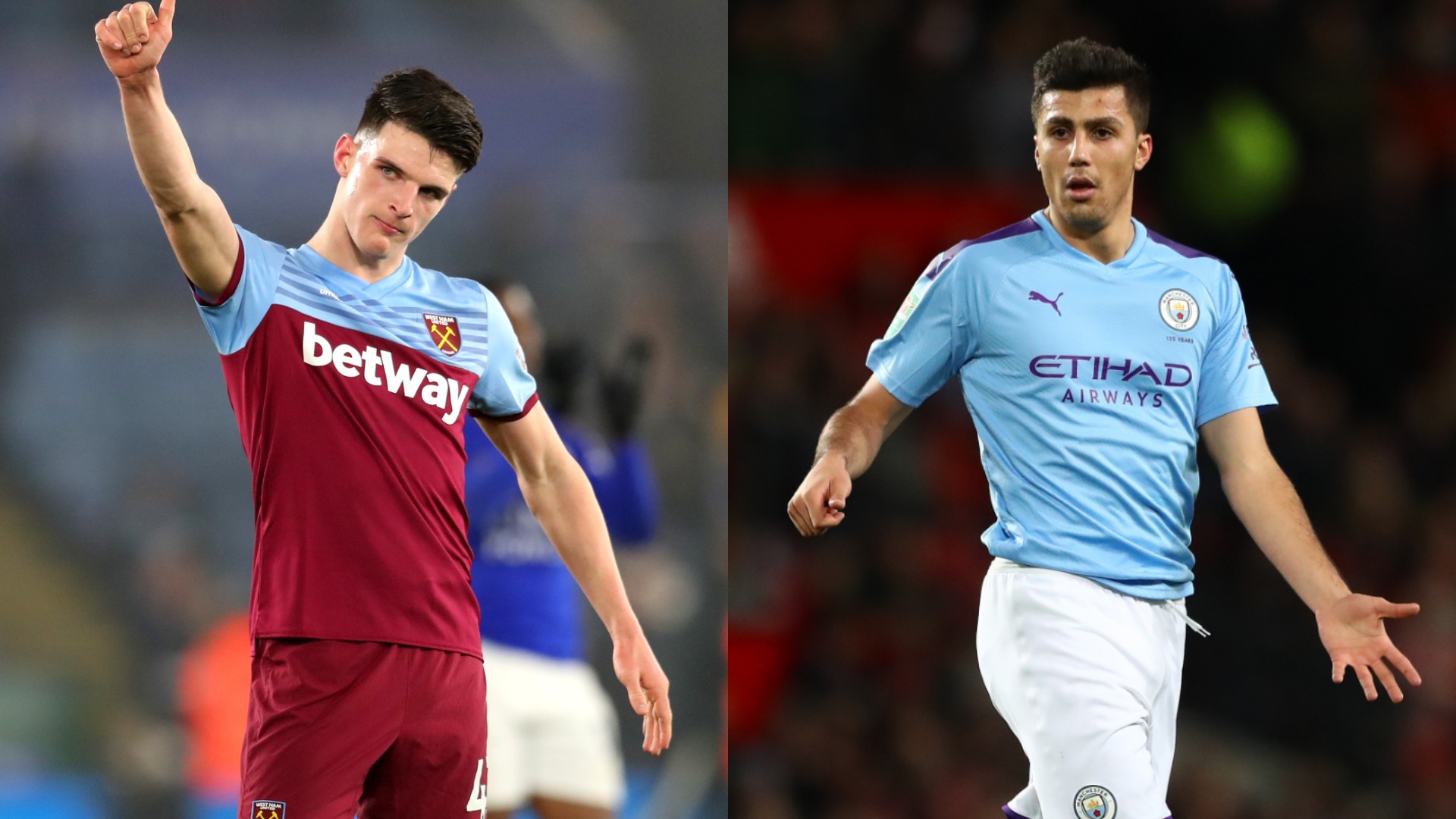 City last suffered consecutive league losses in December 2018 and West Ham would need to end a five-match winless run in the top flight – their worst under Moyes – to inflict another defeat on Guardiola’s men.

The Hammers have been beaten in each of their past three away league matches, yet their most recent two trips to ‘big six’ opposition yielded 1-0 victories at Tottenham and Chelsea.

Former manager Slaven Bilic oversaw a sequence of three straight away wins against ‘big six’ opponents in 2015, with City the third side West Ham defeated.

City’s attack has remained a potent force at home, scoring 2.8 goals per game over a 32-match stretch in which only Wolves – 2-0 away winners this season – prevented the hosts from scoring.

However, City have kept a clean sheet in just 33 per cent of their league games at the Etihad this term. 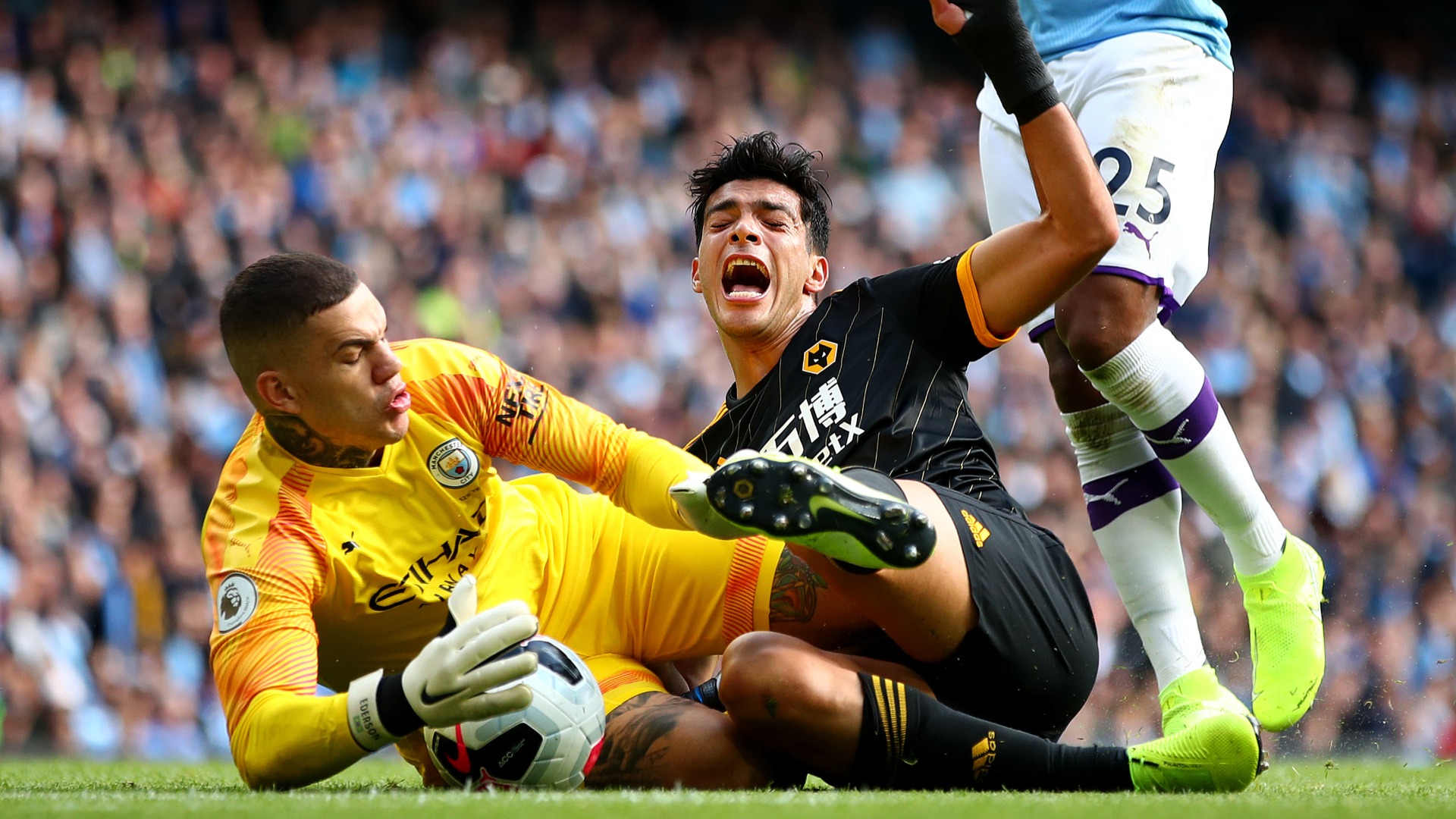 As well as collecting win after win against West Ham, City tend to hit plenty of goals too, scoring four or more times in four of their seven straight victories over the Hammers.

In fact, five of the most recent 16 occasions on which West Ham have conceded four or more have come against City.

City have scored in each of their past 17 games against West Ham in all competitions, tallying 50 to their opponents’ 11 in total over that stretch.

And West Ham’s return of just one victory at the Etihad in 13 games sees City’s home rank alongside Liverpool’s Anfield (23 matches) and Leeds United’s Elland Road (10) as a stadium the London club have visited at least 10 times in the Premier League but only tasted victory at once.