Chelsea made Kepa Arrizabalaga the world’s most expensive goalkeeper when they shelled out £71.6million to sign him in August 2018.

Club director Marina Granovskaia said upon the announcement of his arrival: “Kepa is a talent we have admired for a long time and we are extremely excited about his arrival.

“He has already demonstrated fantastic quality and consistency and will be a big part of any success Chelsea have in the coming years. His long-term contract reflects the belief we have in him and we look ahead to the coming seasons with an enormous sense of optimism.”

Just over two years later, though, and Kepa’s long-term future at the club is far from certain, with the Blues having paid £22m to bring in Edouard Mendy from Rennes.

Chelsea said Mendy had joined to “complement our existing group” of keepers, but he will be expected to swiftly make the starting spot his own after Kepa committed two errors leading to goals across the opening two games of the Premier League season.

With the help of Opta, we look at what Chelsea can expect from Mendy and how he compares to Kepa.

Mendy (24) made nine fewer league appearances than Kepa (33) in 2019-20, with the coronavirus pandemic having curtailed the Ligue 1 season when most teams still had 10 more fixtures to fulfil.

He conceded 19 goals and kept nine clean sheets as Rennes qualified for the Champions League for the first time in their history, while Kepa let in 28 more and shut out the opposition one time less.

Mendy registered a far higher save percentage than the Blues keeper (76.3 per cent to 53.5 per cent) and blew him out of the water in terms of goals prevented.

According to expected goals on target data (xGoT), the shots on target faced by Mendy were enough to concede 21 goals. However, he only let in 18 (excluding own goals) and was therefore responsible for preventing three goals.

For Kepa, the numbers tell a far different story. An xGoT value of 34 compared to the 45 goals he let in (excluding own goals) means he conceded 11 more than expected.

On that basis alone, it is easy to see why Chelsea were keen to seek out an alternative.

The move to Chelsea means Mendy may have to adapt to a different style of goalkeeping, though.

In the Premier League last season, 51 per cent of Kepa’s 198 goal-kicks ended inside his own box. 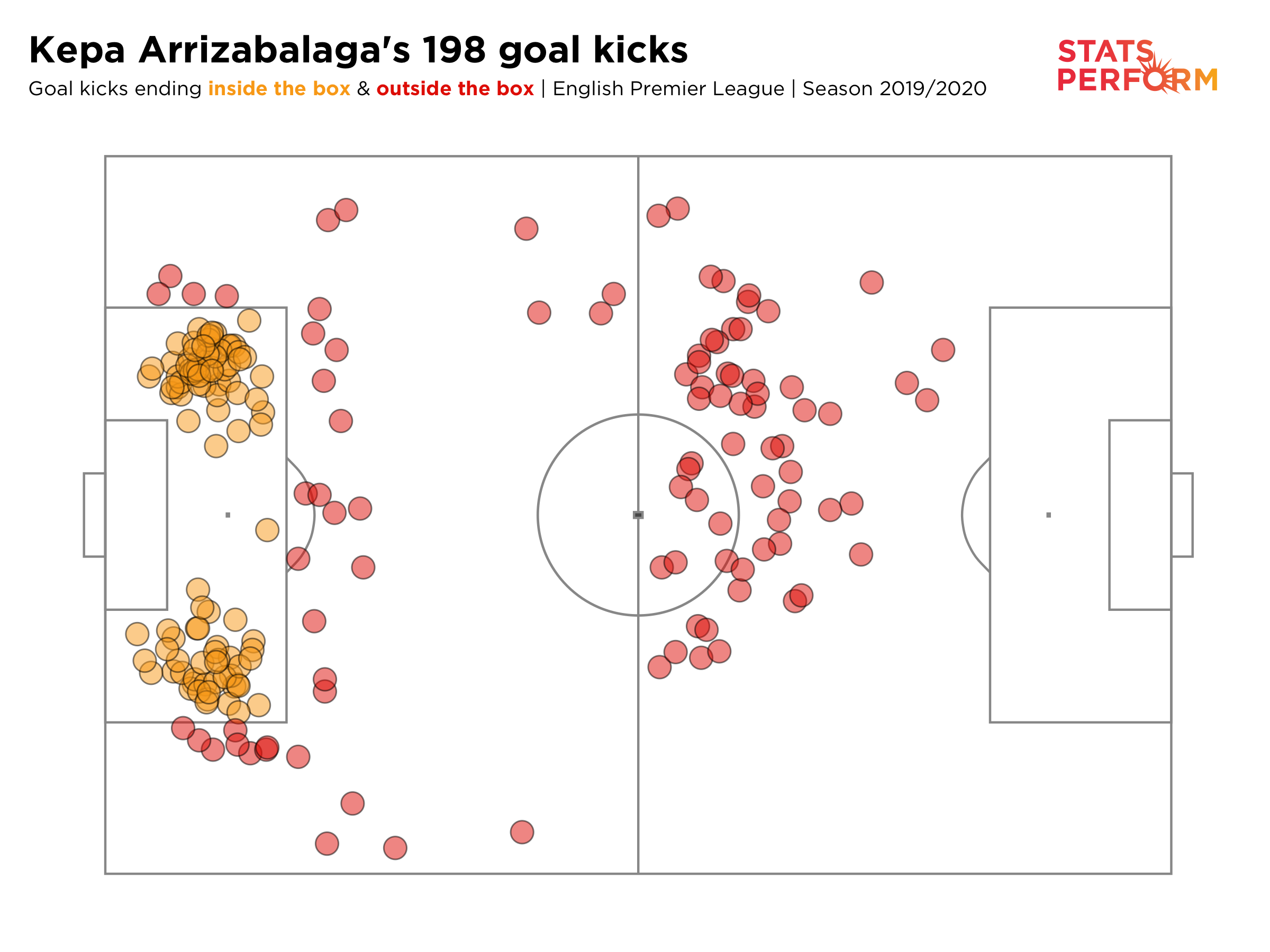 However, Mendy sent far more of his long, with only 21 per cent of his 163 goal-kicks finding a recipient in his area. 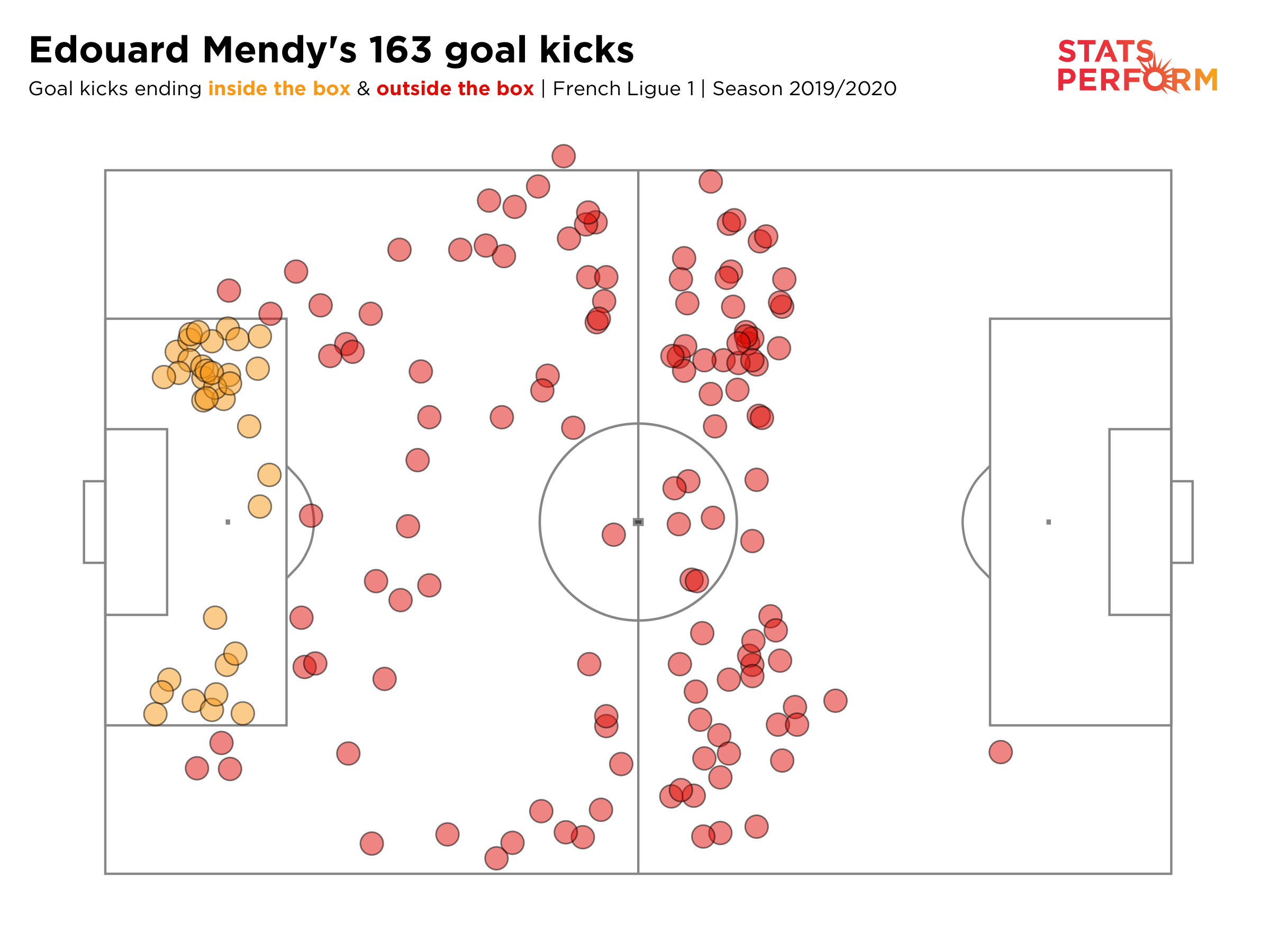 Furthermore, over half of Mendy’s passes (56.7 per cent) were classified as long balls, with Kepa’s ratio down at 33.7 per cent. Despite that, though, his average of 20.1 successful passes per 90 minutes was just 2.6 fewer than the Spaniard.

Unless Chelsea specifically want greater emphasis on long-range distribution, Mendy could require some time to adjust to playing a shorter passing game.

But if he is able to adapt, Kepa may find his game time at Stamford Bridge severely limited.

Jimenez to leave hospital ‘by early next week’, Wolves confirm