Fernandes was once again pivotal for United on Saturday as they drew 2-2 at Leicester City, the Portugal international setting up Marcus Rashford for the opener and then scoring the visitors’ second.

In finding the net, Fernandes became the first Portuguese player to score 10 goals in a single Premier League season since Cristiano Ronaldo did so for the Red Devils in 2008-09.

Since making his Premier League debut in February, Fernandes has had a hand in over half of United’s goals (31/60), scoring 18 and setting up a further 13.

Fernandes has quickly made himself indispensable for United and, while Solskjaer admitted he would sometimes prefer his talisman to play a simpler pass, he understands the attacking midfielder’s abilities make him essential.

“He is definitely a player that impacts results,” Solskjaer told reporters. “He creates goals, scores goals, he takes risks, which every Man United player should be allowed to do, be brave enough to do. He’s definitely a brave boy who sees the pass and takes the moments.

“Sometimes I tear my hair out and say there is an easier pass, but you can’t take that away from Bruno. You want that ‘X factor’.

“He’s got players in front making runs, getting the chances, so I’m very pleased with his influence this season – or a year he’s been here now, for 11 months he’s been great. He’s always there, supporting and encouraging his team-mates as well.

“But that’s also part of the team. When Bruno is that type of player, when he’s got players in front of him who do make runs, do give him the opportunities to make those passes, that is not just down to Bruno.

“We have to remember he’s come into a team that has helped him. We all have a role to play and he’s playing his to the top of his ability.”

He has set up 10 goals in open play, but his open play xA is just 4.8, meaning he has twice as many assists as one would expect the average player to make from the situations he has been involved in.

Additionally, only Kevin De Bruyne and Jack Grealish have created more chances than Fernandes’ 74 since the start of February – the next most creative player in the division over the same period (Andrew Robertson) has laid on 54 key passes. 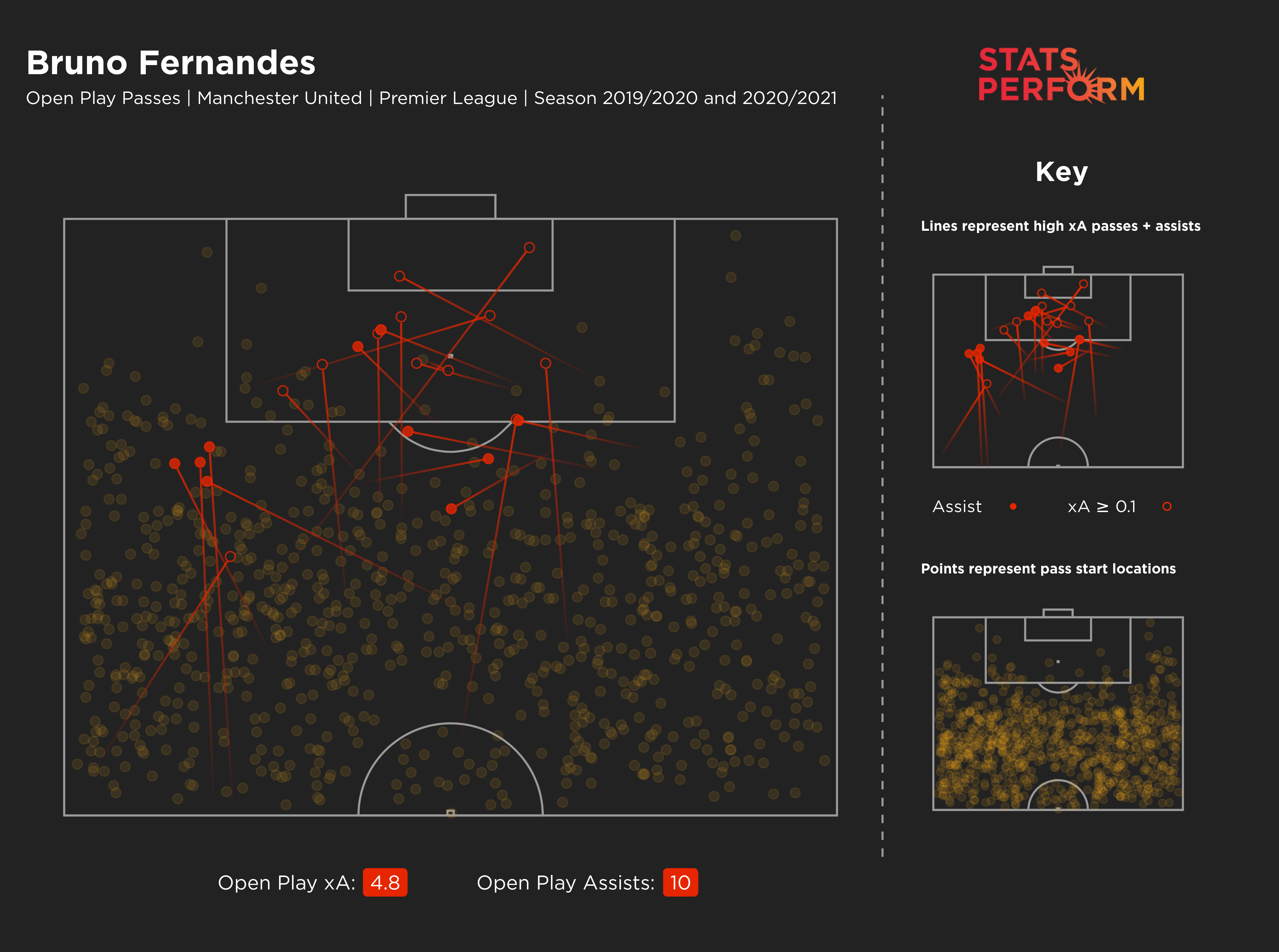 Gilgeous-Alexander has 24 as Thunder hold off Blazers

Vucevic’s 28 get Magic past Hornets