Frank Lampard believes it is only a matter of time before Timo Werner finds goalscoring form as he backed the Chelsea forward.

Werner last scored for Chelsea on November 7 and the Germany international – signed from RB Leipzig for a reported £47.5million in June – has netted just four times in 16 Premier League games.

But the 24-year-old was again backed by head coach Lampard, whose side host Manchester City on Sunday.

“In terms of scoring goals, I always found – and I’m not talking for Timo here – that every player goes through tough times in front of goal,” he told reporters.

“When you work like that, it is a matter of time because his natural attributes will get him in front of goal and get him away from defenders and will get him those chances again.

“If his confidence comes down from missing a couple, that is only natural. It is my job to help him with his confidence and be positive and push in a positive direction and I feel the goals will come.”

Werner has converted just three of his 11 big chances in the Premier League this season.

Of players who have had at least 10 big chances, that conversion rate (27.3) ranks second lowest, ahead of only Burnley striker Chris Wood (14.3). 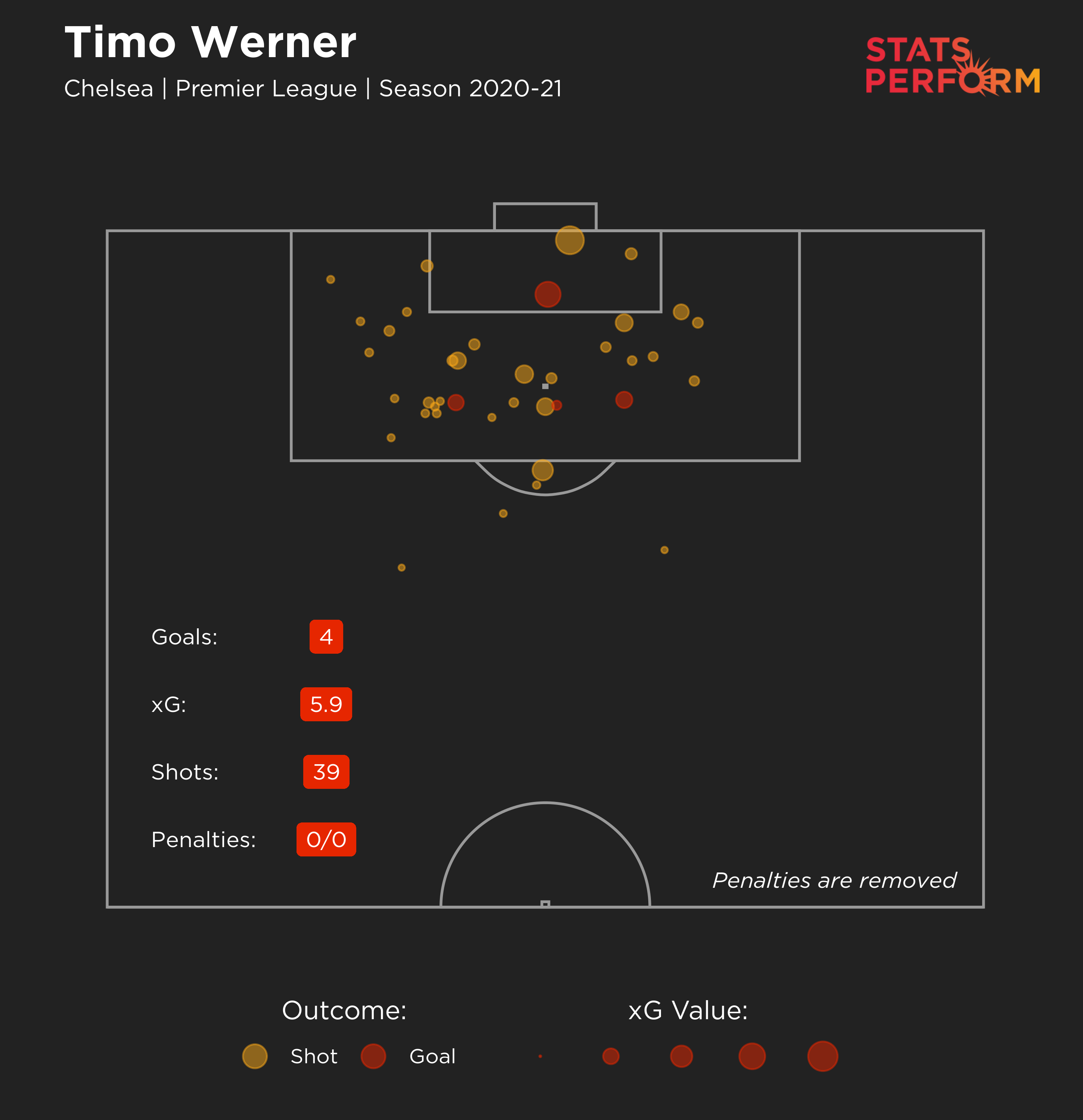 Lampard’s side have also endured a tough run, winning just one of their past five league games to sit fifth in the table, seven points behind Liverpool and Manchester United.

But the former England international said he was embracing the pressure that came with a dip in form.

“I enjoy pressure. If I didn’t, I wouldn’t have got back into this. I would have walked away at the first chance and that’s something I’d never do,” Lampard said.

“That doesn’t mean you’re as happy as when you’re on that 16-game unbeaten run and that’s normal. But it does make me focus absolutely. You learn more in defeat and tough moments.

“It’s head down time. Head down and work. And not consider the table too much. We know we’re there or thereabouts.”

Raptors roll to rout of Mavericks